Do you believe in the Supernatural? First of all what does the word supernatural mean? According to my dictionary it states, ‘of or referring to things beyond the laws of nature.’ Yes, I can ‘see’ that. To me the word supernatural embraces a host of things to do with other worldly things, such as ghosts, witches, magicians, tarot cards, mediums, clairvoyants, and many other aspects of this different world to numerous to mention here. 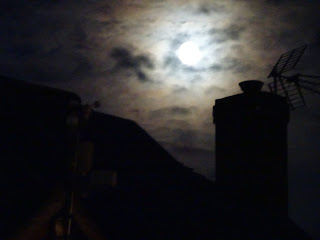 Do you believe in the Supernatural?

First of all what does the word supernatural mean? According to my dictionary it states, ‘of or referring to things beyond the laws of nature.’ Yes, I can ‘see’ that.
To me the word supernatural  embraces a host of things to do with otherworldly things, such as ghosts, witches, magicians, tarot cards, mediums, clairvoyants, and many other aspects of this 'very different' world too numerous to mention here.
Millions of people around the world believe in the supernatural. Although many people will not admit to believing in it as they are afraid of ridicule. This is a great pity as the more the subject is discussed openly the more it will be accepted by society. So many people have seen ghosts that there is no way that they are out there. They do not just appear to people who believe in them, as I have seen people still scared weeks or even months after they have encountered a ghost.
I recall answering the door one evening and a man of about thirty years of age was standing there. He quickly said that he had seen a ghost a couple of weeks ago and was still in shock! He told me that he had never really thought much about the subject before but since seeing the ghost he could not get it out of his mind. We had quite a long chat about what had had happened and he left looking a lot more settled than when he had arrived.
I must admit that the few ghost hunts I've been on I've never seen a ghost. There used to a haunted pub not far from where I lived. I visited it often (in the course of research you understand). I never saw a ghost. The pub was very atmospheric, being open plan with dimmed lights and this was a time when smoking was allowed so there was always a haze over everything.
A few people did confide in me that they have seen ghosts from time to time. One ghost kept being spoken about by various people, he was an elderly man who always wore an old fashioned mac. The description of him fitted someone who lived in the 1950s. I did research the story but never came across anything in old files and newspapers of that time.
A number of people have seen the ghost of a young girl who was murdered on the canal towpath near to where I live. This ghastly murder happened in 1839. There was even a report of someone seeing the ghost of her husband walking towards the canal. He was dressed in old fashioned clothing of that era.
When family members or close friends pass on their ghosts seemingly do return. Time and again people have told me they have seen a relative or friend soon after their death. They told me they certainly were not scared, in fact they were comforted to know that they were okay.
Ghosts are just one of the subjects I've mentioned above that embraces the supernatural. I will be returning to this blog soon.
Posted by Carol Arnall at 07:20 No comments:

I always wondered how mediums could contact and speak to dead people. As time passed, I got to know a few mediums but I never really understood how they could contact and speak to people who had died. To me if a person has died that’s it they have gone forever, Not so though according to the Spiritualist world. Your human body has died, but your soul continues its journey until it is reborn. And contact can be made by gifted people known as mediums.
I could not understand this when I was young, but as the years passed and I gained more knowledge, my interest grew, and I wanted to know more, could these people speak to and talk to the dead?
I visited spiritualist churches in my quest for knowledge and visited mediums I heard of via the grapevine.
One medium Doreen Shadbolt lived and worked in Staffordshire. Doreen is highly thought of by the general public, and I decided to visit her one day for a reading I don’t know what I was expecting to hear but hoped that she would tell me that I had a family with me who had passed to spirit. Having by this time visited quite a few mediums I was desperate to hear one of them tell me if there was anyone from the world of spirit with me.
The reading with Doreen lasted around twenty minutes. Unfortunately for me she never once mentioned that anyone was with me from the world of spirit. Although I was disappointed at least she did not say I had an elderly lady or man with me. Many other mediums had told me the latter. I wanted to hear names or the relationship to me from these elderely people.
Doreen’s reading concentrated on my future, and she predicted that I would write books. Really? She also predicted that I would go on the radio. Really? And many other things I would do in the future.
I was quite sceptical, but as time passed I did go on local radio, and so far I have written fifteen books. Other more personal things that Doreen mentioned happened. I can only say that she is a very gifted lady. I do not know if she still gives readings. I never returned for another reading.
I have visited other mediums, but not one of them ever came close to predicting the future as accurately as Doreen did.
My biggest disappointment is that not one clairvoyant or medium has ever told me who I have with me from the world of Spirit. More than anything I would like to be told by someone that there are people who have passed on are with me.
I wonder why no one has ever told me.
Posted by Carol Arnall at 05:30 1 comment: 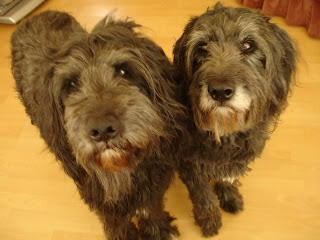 The following small incident happened earlier this year (2018). My husband was standing beside me reading something on my computer. I was busily pointing a few things out to him when he said, 'Oh, that's strange.'

He replied, 'I thought that George (our dog) was butting me behind me knee and when I looked down for him he was fast asleep across the room.'

Strange indeed. Then my husband (who incidentally does not normally believe in ghosts) said, 'of course it must have been Boyden or Sophie, or both of them coming back to let us know that they're okay.'

Boyden died in July 2013 and Sophie in February 2015. They were wonderful friends and I miss them both to this day.

After they died we would hear them (or think that we did) in the house, and even feel them rush past us. The dogs would come to bed with me every night as I go early so that I can read. They would follow me upstairs. Since they've passed on often of an evening as I walk upstairs I feel a quick rush of air as if they are running past me to get to the top before I do. They often did this. It's sad but in another way comforting to know they are still around.

I also experienced the same happening as my husband had, but not for quite a few years. I envy him.

George showed signs of hearing the dogs soon after he was one year old. He would be peacefully sleeping when he would suddenly wake, jump up and start looking up at the ceiling as if he could hear something or someone moving around. At first when he did it I wondered if someone was in the loft! Slowly it dawned on me that he was aware of the spirits of the dogs returning.

Another time I was chatting to my husband about the dogs, I had been saying that I was convinced they still visited us. My husband seemed a little unconvinced and I said, 'they do, I know they do.' He gave me a bit of a disbelieving look when all of a sudden there was a loud bang in the kitchen not far from where I work. We both headed to see what had happened and a pair of trainers I kept on a shelf had both fallen from the shelf to the floor. Even George was standing looking at them in amazement. I think that this convinced my husband more than anything I could say. 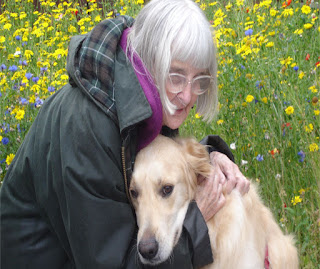 Me with George last year. He will be four years old this Christmas.
Posted by Carol Arnall at 12:32 1 comment: