A Haunted Past Life, Introduction and part of the first chapter 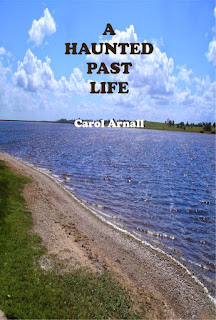 Could a taxi journey change your life forever?
It does for Jen Rickmand.
Abused by her stepfather, Jen flees her childhood home with hopes of starting a new life. Struggling with agoraphobia, panic attacks, and concerns for her wellbeing, Jen finds comfort in the spirit world, developing connections with the paranormal that she never thought possible.
A simple taxi ride turns her life inside out when she finds herself transported back in time to 1965, where a husband and child await her. Despite her protestations, and her husband’s thinking concerns, Jen is desperate to return to 2011, but only if she can take her new daughter with her.
Horrified when she is suddenly whisked back to the future without her, Jen is torn between the two worlds. Will they eventually collide, allowing her to find the happiness she truly deserves?
A Haunted Past Life is an intriguing blend of spirits, ghosts, and time-travel with a heady mixture of love, tangled emotions, and relationships.