An unusual psychic story - linked to my book Dancing With Spirits 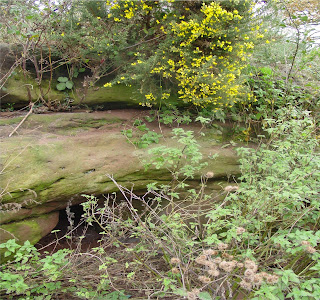 The Mesolithic Cave.
The story of this cave just over the Rugeley borders, about a mile from Etching Hill, inspired me to write my novel, Dancing With Spirits.


I came across the story of the cave about 15 years ago. I felt drawn to researching it as the thought of the two women who died there kept coming back to me. I wondered what circumstances led to their deaths on such a bleak, lonely hillside, all those thousands of years ago.


The cave is on private land. I think I became a little obsessed with the story (as you do!), and wanted to visit the site of the cave. I tried writing to the land owner. She rang to say they had sold the land. I wrote to the new owner, but he never replied. One day I was out walking with my husband  in the vicinity of the cave –it is strange how my walks always led me to the area of the cave. My husband knew I desperately wanted to visit the cave, so he headed off to try and find it. To my delight he did and took me to its location. Walking around the outside of the cave, I was surprised that instead of feeling happy at finding the cave, instead I felt incredibly sad. I was filled with a terrible feeling of horror, sadness and death. It was one of the strangest feelings I have ever had experienced. Despite, the weather being quite warm that day, I started shivering and felt as if I needed to get away from the area.
I was so puzzled by my reaction I decided to try and find out more about the cave. After many more months of research, I discovered the reason for my reaction to the area surrounding the cave.
Apparently the findings at the cave had been sent away for analysis; there were children's teeth, and many human bones in and around the cave. I had written in my book about a massive battle taking place at the site of the cave. At the time of writing my book, I believed that there had only been the two women near the cave. When I visited it that day somehow I became linked with the awful happenings of the past.
It was a strange episode. I'm convinced that the area of the cave holds all the memories of what happened. I'm also convinced I was meant to visit it that day. I did not have an inkling of what was about to happen.


The site is on private land. The area where the cave is can been seen from the layby, near the roundabout, which is at the start of the Rugeley bypass -the A51. The site is not far from the sewer building, at the bottom of the field. A bronze arrow head was found one day on the site of sewer company. Also a man was gardening one day, at a housing estate not far from the field when he also found a bronze age arrow head. Further proof the area was occupied thousands of years ago.


Below is a brief history of the Mesolithic Cave This occupation site dating to the middle-Stone-Age consists of a shallow cave about 2.5 metres deep and a maximum 1 metre in height (c. 8 x 3½ feet) and is located on the southern side of a small sandstone outcrop overlooking a shallow, dry valley running north towards the Trent. When excavated, the cave was found to contain a hearth together with a 'lithic assemblage' of 267 stone tools dating to the Mesolithic period (10,000 – 4,000BC), with an early-Bronze-Age (2,500 – 1,500BC) knife which may have been purposefully deposited. The site was discovered by accident in 1978 when the remains of two human skulls were unearthed by children playing within the cave entrance. A forensic investigation of the two skulls concluded that they were probably both females, 'one [aged] 18-20 years and the other considerably older,' both having died in prehistoric times. The skull fragments were located in a stratified layer above and unconnected with the Mesolithic occupation deposits in the cave, which is evidence that they are later in date, perhaps belonging to the late-Stone-Age or Neolithic period. The cave is now back-filled and buried in order to preserve the site.

Link to the above information http://www.cannockchasehistory.org.uk/places/rugeley.htm 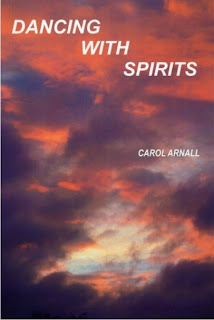 Available from Amazon Kindle please click the link below
http://tinyurl.com/cnddoz8 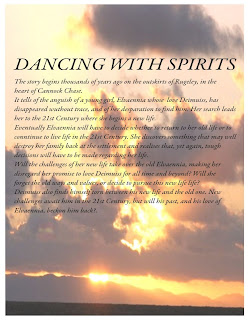 Posted by Carol Arnall at 04:28 No comments: