My dream - Did my sister briefly returned from the Spirit World to visit me?


My sister, Pauline died many years ago. She was older than me by just eighteen months. Pauline was also nearly five inches shorter in height than me. But this never stopped her from saying that shw was my big siste and she protected me from the school bull8es and other bullies every step of the way. No-one was allowed to call me fatty or four eyes without her rounding on them. The bullies never bothered me again.
All through her life we were close. In fact as we grew older we became even closer. When she moved to live in Scotland and her life took a downward turn this brought us together more. Pauline would call me before I left for work in the morning and then several times during the evening. I missed her as she lived so far away from the Midlands.
The years sped by and her troubles increased and her health deteriorated.
I was so concerned when I received a telephone call just before one Christmas to say that she was in hospital. I kept in touch and was told there was nothing to worry about. So I was pole axed when I received the call that she had died.
It took me many months to accept that I would never see her again. She had been everything to me sister and best friend and there in my thoughts every day of my life. I loved her. Now she had gone. Forever suddenly seemed a very long time. Indeed it is. I would cry in my sleep and wake with a wet pillowcase, a headache and depression for a long, long time. But gradually over the years I've learned to accept that she has gone as quite a few more of my loved ones have over the years.
I have always had an interest in the Supernatural in fact I read the tarot cards for the general public for a number of years. I've written novels and a book of true ghost stories.
I have visited mediums but never been given proof that there is anyone from the world of spirit with me. Never-the-less this did not stop me visiting mediums and clairvoyants until the day I realised some years ago that perhaps the spirit world was telling me that I had no need to keep doing the rounds. So I stopped.
This morning in the early hours I dreamt that my sister Pauline was sitting beside me in our car. She was driving and I was the passenger. The one thing that puzzled me to say the least was that there were no doors on the front of the car. This was madness I suffer from claustrophobia so badly that wherever I am I have to ensure I have a window or a door open or I have a bad panic attack that seems to last forever. This can be embarrassing to say the least. But I was not afraid of there being no doors or windows to open. I knew that I was safe with her.
I was amazed that after all these years I had seen her and sat beside her. It was a wonderful feeling. When I woke up I had trouble believing that I had actually seen her. But I had, and the dream will stay with me forever.
On reflection I feel that there being no doors or windows to open on the car was a sign that she was telling me that she is still keeping me safe despite her being in the spirit world. Just as she did when she was alive. This was a huge comfort to me and I will never forget it. Maybe she will visit me again and we will talk. That would be brilliant.
Maybe it was just a dream and there is no attachment to the Spirit World? Who knows. No one does and I choose to believe that she returned to see me. 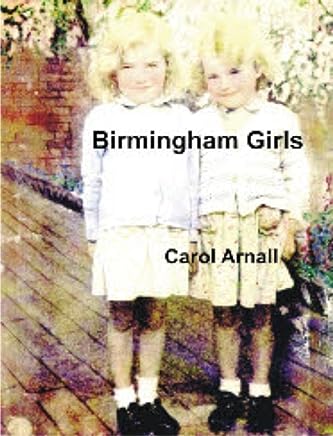 In November 1992, my mother rang and asked me if I would trace the family history, and I agreed. At that time, I only had a very vague idea how to set about tracing our ancestors. I thought that you paid a visit to St. Catherine’s House in London; looked through some files and that would be that. How wrong I was proved to be.
Mom had mentioned that one of my cousins had the necessary documents that I would need to get me started. I wrote to her asking for copies of anything she might have that she thought would help me. Not hearing anything in the following weeks, I forgot all about it until April 1993 when my mother rang and asked me what progress I was making. I felt ashamed and promptly rang my cousin, who lives in Kings Heath, Birmingham, and asked her if she would help me. On ascertaining that all the old documents were in her loft, I told her that I would telephone again in a few days to see how she was getting on. Realising that I needed to know how to do the research, I bought a booklet on the subject. This proved to be a mine of information and I discovered that various libraries now hold the St. Catherine’s House records on microfiche.
One Saturday in May, armed with the information, a notepad, and pen, my husband John and myself decided to visit Central Library in Birmingham. Ascertaining at the information desk that the Genealogy department was on the sixth floor, we made our way via the escalators much to John's disgust, as he prefers the lift.
We found the assistants extremely helpful and were soon set up with the correct census file. I found it amazing that so many people resided in one house at that time, and was also intrigued to see the various descriptions of the professions held by members of the family. On that occasion we didn’t have any luck with the search, but I consoled myself with the thought that at least I now knew how to set about it, and resolved to return at the first opportunity.
Over the next few weeks, I visited the library a number of times and met a lot of people engaged on similar searches; all as enthralled by the past as I was. I quickly realised I was hooked. The more I found out, the more I wanted to know. Not only did I want to trace my family, I also wanted to know the type of clothes they wore, what their houses looked like, and anything else I could discover. This led to me buying a number of books in the course of my research and spending a lot of time in the reference section of Central Library.
The next step was to find out if anyone in the family had photographs of older family members; my father mentioned that one of his brothers, my Uncle Leonard, had a fantastic collection. I hadn’t seen Leonard for many years and at that time he wasn’t on the telephone, so I took the bull by the horns and wrote asking if I could perhaps borrow a few of his old photographs. To my delight, he wrote back saying that he was planning a book himself, but he was quite prepared to loan me some of his collection. Overjoyed, I wrote back immediately asking if we could perhaps meet some time. Apparently, he too had been tracing the family tree on his side of the family.
I mentioned to a friend that I had reached a standstill in my research. She told me that Teletext ran a free family tree service. 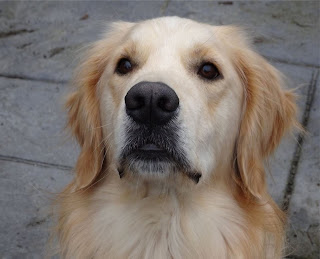 We had George in April 2015. He had been born Boxing day 2014 at a farm in Derbyshire. I had seen him advertised on a very well known pet site and on seeing him fallen in love straight away. He had a certain air about him that said, 'I'm the one for you!'
I had made the decision to have another dog after losing my thirteen year old, Golden Retriever X Bearded Collie dog, Sophie, in February. We had lost her brother Boyden eighteen months previously, he and Sophie had been with us since 2000. Anyone who has lost a precious pet will understand the heartbreak that goes when they are gone. The emptiness in the house is shocking. We often thought that we heard them running up the stairs or pattering about the kitchen. The chair Boyden had curled up on when he was so ill often had indentations on after he and Sophie had gone and before we had George. All very strange. In fact for a good while after having George he would stand in front of this particular chair and wag his tail. Again, very strange.
Posted by Carol Arnall at 03:26 No comments: