A video for my book - The Other Place 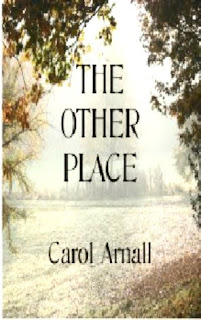 Click here to visit Amazon to buy a copy of the book  http://tinyurl.com/bslbetb

Here's a link below to the video - I hope to add audio soon.
https://www.youtube.com/watch?v=ROPNgANCs10

Chrissie James is a troubled soul; with family problems, unexplained phobias and a stalker to contend with, she seeks help with a hypnotherapist. Whilst in therapy, Chrissie discovers she has led a past life.
Will living a previous life help Chrissie to discover the truth of what caused her fears and phobias, and will she find out who is stalking her?
The Other Place is a paranormal mystery. Its many twists and turns will keep you guessing to the very end.

Posted by Carol Arnall at 06:25 No comments:

About my Book Cover for The Other Place 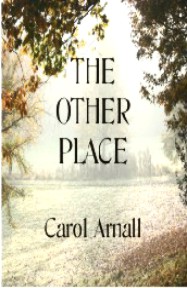 To buy a copy of The Other Place
click here http://tinyurl.com/coy2r5g

This might seem an unusual blog, but we often discuss book covers on the forums and it set me thinking about mine. A few of the sites were I took the photographs have quite interesting stories attached to them, I decided I would write about how they came about, where I took them, and any historical interest. And being me mention if any of the sites are haunted.
Take the case of where I took the photograph, (quite a few years ago) for my book, The Other Place.
I took it at Hawkesyard Hall, in Staffordshire.
Many years ago I visited Hawkesyard with two friends, we walked around the grounds, they showed me a small graveyard. There were numerous headstones with the names of monks engraved on them, what puzzled me was that the dates when they died were all in 1952. I wondered why so many of them had died at that particular time.
One morning in October about six years ago I decided to revisit Spode to see if I could find the site of the graves, and to see if any of them gave a clue as to what they had died of. It was a beautiful autumn morning, the frost was sparkling in the grass, there was a slight mist in the distance, I could hear the birds singing. To me it was a special morning. I took many photographs. I never imagined that in years to come I would use one of the photographs as a book cover for my novel.
While we were walking I recalled a few of the ghost stories, I'd heard. One the stories is that, apparently a man and a woman have been seen standing at the entrance to the park, they are seen looking out, someone said, it's as if they are waiting for someone. Sometimes, people report just seeing the man alone; other people have said they see the woman.
The graveyard was in a sorry state when we found it. The steps were broken and covered in moss, it was quite dangerous to walk round. I eventually found out that it is possible the monks died of Asian flu, which swept the country in that period.

A brief history of Hawkesyard Hall

I found a few of the following facts on Wikepedia.

Armitage Park (which has recently reverted to an earlier name of Hawkesyard Hall) is a 19th century Grade II listed country house at Armitage near Rugeley, Staffordshire.

The estate was purchased by Nathaniel Lister, (poet and author, Member of Parliament for Clitheroe and uncle of Baron Ribblesdale) following his marriage to Martha Fletcher a Lichfield heiress and he built the house in the Gothic Revival style about 1760.
Josiah Spode IV, greatgrandson of Josiah Spode bought the estate in about 1840 and the house was much altered and extended. During the Spode occupancy the house was known as Spode House. Josiah Spode was High Sheriff of Staffordshire in 1850.
On Spode's death in 1893 the estate was left to  his housekeeper Helen Gulson who had a vision of Mary in the gardens of the Hall. This vision led to the building of the Church at Hawkesyard and the Altar was placed on the very spot where Mary was seen. Helen Gulson left the Hall, Church and grounds to the Dominican Order and moved into Gulson House on the Armitage Park Estate. Hawkesyard Priory was later built for the Dominicans.
The Hall eventually fell into disrepair and after the Dominicans left it was used as a School before being finally closed and boarded up. In 1999 the Hall was purchased by the Whorton family who strove to return the building to its former glory days. Nigel Whorton and his wife decided to use the original name of Hawkesyard, and set about restoration of the building partly by using photographs from the Shugborough collection. This estate which includes Hawkesyard Hall, St. Thomas's Priory Golf Club and Armitage Park is now established as a conference and events centre.
The church is still there and someone told me that the nearby nursing home holds the keys. If you want to look round the church you have to contact the home.

To buy a copy of
The Other Place
click here http://tinyurl.com/coy2r5g

Posted by Carol Arnall at 04:34 No comments: