Yesterday's Children: The Search for My Family from the Past - Jenny Cockell

I've read the above book a few times. I often wonder whether we have all lived before. It seems that scientists have tried for years to disprove that this can happen, but they have never succeeded.
I know that at times I have had fleeting memories of other times and places. Such as when I have visited somewhere different that I know I have never been to before, but instinct  tells me that I have. Nothing like the author of the above book has experienced.
Many people, myself included have met someone who we feel that we have met before, but cannot remember where or when.
I occasionally dream of places and recognise them as belonging to a past life. Some people say in fact that we can actually visit future lives in our dreams. I wonder.
The thing is, what makes it all so intriguing is that no-one has ever been able to prove that past or future lives occur.
My new novel has chapters where the main character visits the future. I'm finding it very interesting to write about. She also agrees to be regressed, so far in the story the therapist has been unable to take her back into her past.
http://www.amazon.co.uk/Yesterdays-Children-Search-Family-Past/dp/0749912464/ref=sr_1_1?ie=UTF8&qid=1390997385&sr=8-1&keywords=jenny+cockell

http://www.csicop.org/sb/show/case_of_reincarnation_reexamined/
Posted by Carol Arnall at 08:10 No comments:

An excerpt from A Haunted Past Life 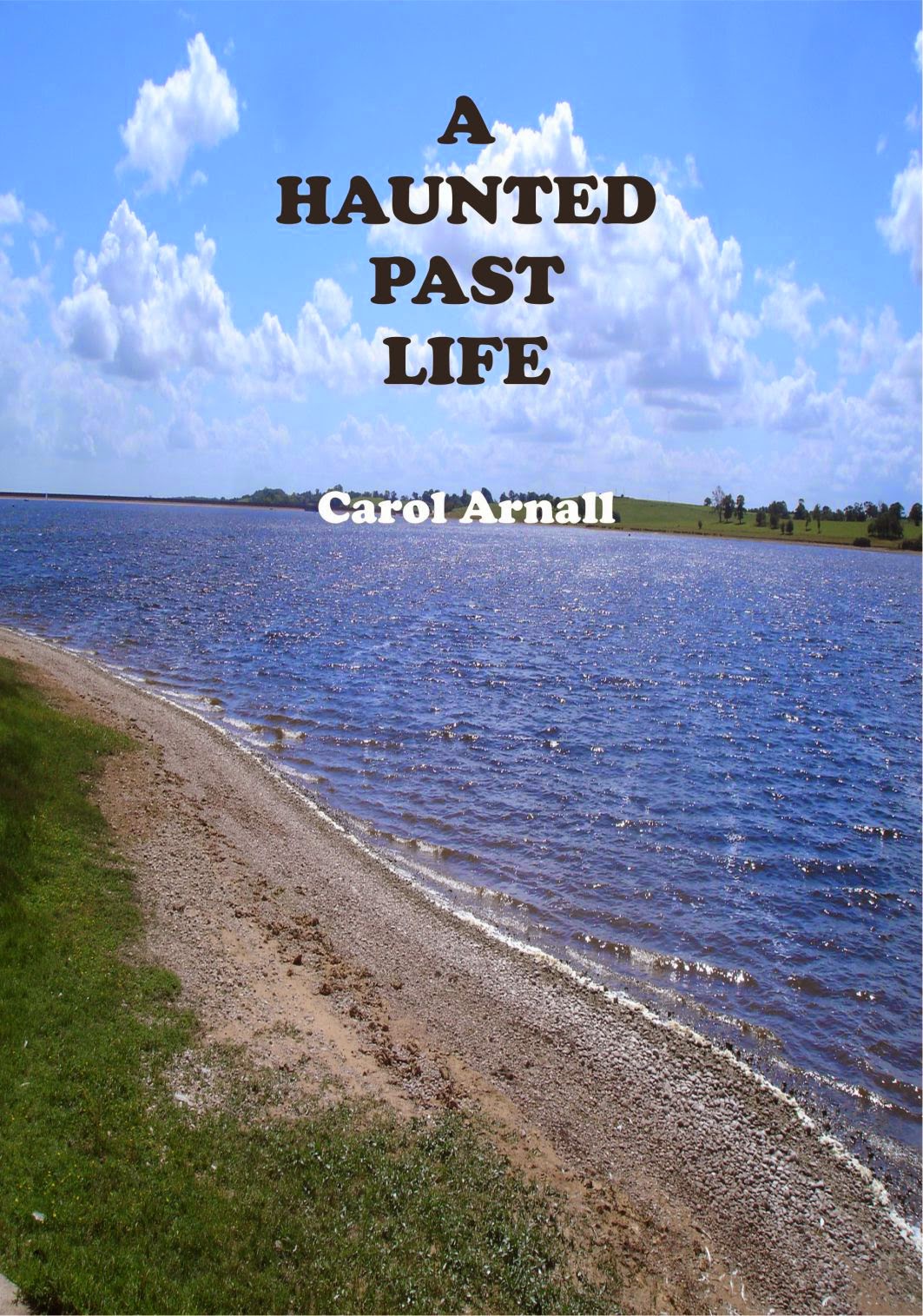 ‘Home,’ Jen Rickmand muttered, mopping the kitchen floor. ‘This isn’t a home; I’m just the unpaid char.’ She wondered why she had let herself be used and bullied for so long, allowing her stepfamily to eat away at her self-confidence to the extent that she now suffered from agoraphobia.
For years, anger bubbled beneath her calm exterior, but she hid it well. Whenever they picked on her, she would take a deep breath and count to ten. She never once retaliated; instead she would bite her tongue and tell herself not to give them the satisfaction of knowing they had got to her with their spiteful remarks.
Her stepsisters made her life a misery, commenting almost daily that she looked like a beanstalk and her hair was nothing but a frizzy mess. In fact, Jen was pretty, tall, and slim, with beautiful, long, naturally auburn hair.
Jen’s only escape from them had been her interest in the paranormal, unfortunately, they had found out about it by snooping in her bedroom. They made snide comments such as, ‘Fancy reading books about ghosts. Have you been talking to them? You idiot. You’re nuts, you are.’
She often heard them talking about her as she went about her chores.
‘Have you seen the mess she looks today, especially her hair?’ Thelma would ask of her sister Monica, who would laugh.
‘Yes, she looks like a haystack on fire, doesn’t she?’ Their spiteful laughter would drift into the kitchen where she would be preparing the evening meal or doing another household chore.
They would deliberately throw rubbish on the floor and then order her to pick it up. ‘Come on, you’re the cleaner, pick it up or we’ll tell our dad about you when he gets home.’ They knew the more they derided her, the more their father would favour them. And he did, buying them CDs and giving them money, making certain Jen was around when he handed them out.
Her stepfather was the worst; he would push her against the kitchen wall when no one was about, standing close to her, threatening with how he would make her regret her idleness. He would grab a handful of her hair and pull it hard, telling her if she yelled out, he would make her regret it one way or another. He was pure evil, she never doubted that one way or another, he would attack her if she wasn’t careful.
Available from Amazon Kindle http://tinyurl.com/clltjpu
Also available in paperback
Posted by Carol Arnall at 06:24 No comments:

23rd March 3 pm
Seven days gone in the blink of an eye. What happened?
Well, we have been having the  front drive resurfaced and the back garden altered. This has involved a lot of backwards and forwards from workmen, and noise. I have not had much time to write my novel. Although I have managed to get the chapters in running order. I have chopped, changed and added to the story, and will probably change the title.
Now I have a couple of hours almost noise free to work on my book. The workmen return tomorrow.

16th March 4 pm
I'm pleased with the progress I have made today.
The story is moving forward in leaps and bounds. The plot to my surprise has thickened. The darker side of one of the psychics in the book is being revealed. Knowing this character as I do now, I'm not shocked by what he is getting up to! I sincerely hope that he redeems himself further on in the book. If not I will be disappointed.

16th March 2014
Made a great start today. I thought hard last night working out where the plot had gone wrong. I realised that I  had veered off course. I  need to concentrate on the main characters, and let them tell me the story. I don't know  how I managed to go so wrong!

15th March 2014
I've spent today rewriting my latest novel. I'm 34,000 word in. I've made numerous changes to it. I realised that I had far too many characters, and that the story had deviated from the main plot line. It wasn't that difficult a decision to rewrite it, but unfortunately I'm still not satisfied.
Probably have a reread tomorrow, and alter the time travel story, perhaps I'll cut it out altogether.

I'm expecting my book Whatever Happened After Birmingham Girls back from the editor next weekend. This is the sequel to Birmingham Girls. I'm hoping to publish it later this year.
Posted by Carol Arnall at 12:14 No comments: